Have you ever felt as if the people around you sometimes throw you to wolves?

It has been a long long time since I was made to feel like that. Especially by people that I hold so dear.

The worst part is that no one seems to feel like they could have prevented the weird set of circumstances that transpired. It was as if it was a perfect storm had all clash together in a brilliant strike that happened to have me dead smack in the middle of it.

It’s hard to even figure out who to be upset with. All I know is that when it happened I suddenly felt so small and insignificant. I was quickly reminded me of what it felt like to be a child between fighting parents who were caught up with their emotions.

This winter my challenge will be helping my family and myself fight seasonal depression. This has been a trying year and being stuck inside is never the best thing for that.

I have been looking for crafts and cheaper options of things around us to do. One would think in such a big city there would be an endless amount of things to do but sticking to a budget makes it ridiculous.

However the battle has only just begun….

Every year I say that I am going to buy less for Christmas for everyone around me.

And just like every other person in the world, I find myself dreading the amount of hours that I will need to work to pay off the credit card debt I accrued instead. 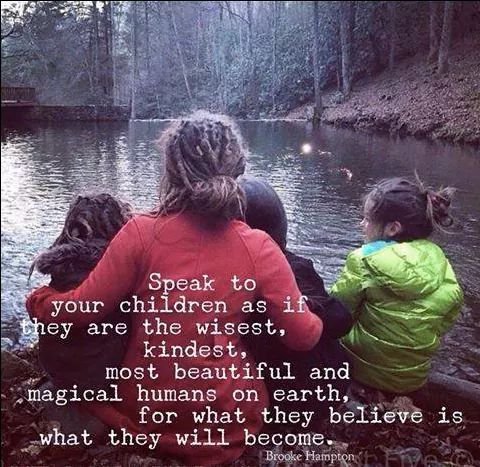 This is my tranquility.

This is my love.

In the moments of the wild

Take the time to learn the calm.

September is Suicide prevention month. After being very personally affected by suicide during crucial growing years I feel as if I will always dedicate whatever I can to help prevent anyone from having to go through the loss.

Mental illness is still considered to be a thing people think that we chose.

Who in their right mind decides to spin the wheel and have it land on an invisible -illness?

From a chronic pain patient to a schizophrenic with bipolar tendencies and all things in between the reactions of disbelief are the same. No one believes that either could be a real thing. As if a person sees a tv show where someone acts a certain way so they are going to attempt to mirror their life around them. Don’t get me wrong, there are assholes out there that must do something like that. But the few that do should not be considered the normal.

Normalizing mental health awareness is something that has been long coming and should be held at the utmost importance.

Reach out. Find someone that is willing to listen. Make sure they understand how important it is to you. You don’t have to fight alone.

Learn the cues. Find out how to see the signs. Let them teach you how to help.

Find a support group on social media. Find a group in your community. Make the call. Send the text.

Recently I have noticed that when you force people around you to notice the good things that people do, they resist.

You cant make them do it.

The only thing that you can do is surround yourself as best as you can with positive things. Cute little sayings on canvas that you can post around your house. Inspirational videos to watch instead of news coverage of the most recent atrocities in the areas near you. Find a way to remove the most negative people around you, in the most effective way possible. Sometimes thats as simple as to stop calling or messaging the person. Block them on social media instead of deleting them.

Find what makes you happy. Who cares what other people think. Who cares whoe doesnt understand your passions.

Does it make you happy?

Does it bring you peace?

Does it calm your nerves?

Today was one of those days that started out great. Everything seemed to fall into place. Kids got themselves ready without me having to chase them down at all, everyone remembered everything they needed without anybody having to run like crazy back into the house to search like a maniac for one lost thing or another. I was able to quickly drive out to my walking spot and get in three miles before the heat tried its best to suffocate me.

I got back to my car and once I got in my mind started racing with all of the things that I needed to do during the day. I tried to map out the route between the different stores and plan my time line to make sure that I was able to get everything I needed done before the kids came home.

And then it happened.

For no reason whatsoever, Anxiety decided to join the party. The what if’s started creeping into my plans and I never took the lead after that.

What if I could find better shoes online? Didn’t I need to read as many reviews as possible, and search through all of the different sales and coupon codes first?

What if I bought my teenage son the sweater that I had seen online last night and he hated it. This is a boy who would never say to my face that he doesn’t like something, he will just out it into his closet with a fake smile and it wont surface again until I attempt to clean out his closet again. What a waste of money this could be.

On the other hand, what if I walk into that second-hand shop that I have had my eye on and I end up buying a bunch of things, thinking that they are all great deals, but I get it all home and no one else likes the things that I picked out?

What if my poor dog who seemingly got his anxiety straight from me, was at home eating things like the cereal box that was set next to the trash can instead of broke down and put into the actual recycling bin. He likes to do that.

I went to none of these places. I went home.

I found my favorite TV show and I binge watched it while I drug my computer out to be able to at least act like I was doing some work.

We all like to think that every single thing about ourselves could be a choice. Doesn’t it make you feel a little helpless to realize that some things, no matter how much that we try to say otherwise, are just not our choice?

Is cancer a choice?

Is being born with a birth defect a choice? Yes I understand that a number of those come from a choice of a parent, some are also NOT.  Some are genetic. Some are just a rare thing that happens for unknown reasons.

Is naturally having red hair a choice?

So how can we accept those to be problems that we are born with, but depression is something that we must have chosen? When did mental illness become so shameful?

Why has it ever been frowned upon like it was a choice? I guess I don’t understand the reasons that it was ever looked at like it was not just another disease that you need to fight with regular medication and therapy, just as one would need to do with diabetes or a medical disorder that affects the muscular system.

Who gets to make these decisions? Who gets to decide who is better than who because of the way that their genetics made them?  Who gets to decide who lives their lives in hiding and who gets to be loud and proud of the lifestyle their DNA setup for them? What about the judgmental people who later in life has life events that change circumstances? Like a woman dealing with postpartum, or a man trying to deal the loss of his parent. Now is it suddenly acceptable?

Were you chosen to be the lucky one who lives their whole childhood healthy, watching others have asthma attacks or seizures? Did you ever have to go back and ask your parent what childhood diabetes meant and why some people needed to check their blood sugars?

Only to grow older and get told that you have cancer and will have to fight for your life while they inject more and more poisons into your body to fight the poison that is already there?

However I know you will be.

Because that’s what life is all about.

Being born into a life where most of our health conditions are not a choice.

Here is to hoping that the health conditions that life choses for you is on the “ACCEPTABLE” list.

I never even knew that. I walked in a Suicide Awareness walk recently and I spent the majority of the time being quite alarmed at how many people just in my area had been directly affected by the loss of a loved one or friend.

This is one of those events that unless you go through it, you can not really explain it well. Everybody says that about everything don’t they? It is true. It’s this strange out-of-body experience that is simply unexplainable.

A mother lost her firstborn. A father lost who he thought would be the leader of the pact. A grandmother lost her grandson. Siblings lost a brother. I lost a best friend. A boyfriend. My first love. And it changes us all. Rocked our world into being unrecognizable.

It has been 15 years and while it has changed, has been ignored and seemingly has been forgotten by everyone around me, I still remember. I still cry for the soul that was lost. I still miss who he could have been. I miss what my life could have been. I have spent more time imagining the what if’s then I was ever able to actually spend with him.

I will never have the ability to know.

I have read thousands of people’s stories online. I have volunteered at suicide hotlines. I have answered phone calls at 2 in the morning and run out just to be the shoulder that someone needed at that moment. I have made it known to anybody  who has access to my social media that I am ALWAYS available when you think you are alone. My number is always there for you to call.

It isn’t enough I feel. I can’t bring him back.

And so here I was, standing in a crowd of people who all have their own stories. And I was moved to tears to see how COMMON this problem has become. How in the hell has this become SO NORMAL??

Suicide is the 10th leading cause of death in the United States in 2017.